This proposal will study the potential of miniaturized thermoelectric generators (TEGs) for the unlimited operating time of medical implants. Such generators utilize human body heat to provide electrical power to electrically active implants by means of the Seebeck effect in thermoelectric material. Although simple TEGs exist for industrial and automotive applications with temperature differences of tens of degrees, no generator has been specifically proposed for application in medical implants. This work aims to address the need for miniaturized TEGs, which operate from within the human body with typical temperature differences of a few degrees. 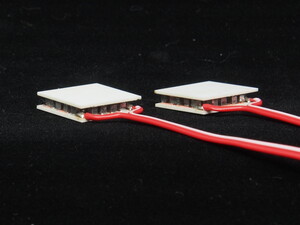 Optimum power delivery requires two optimization goals to be achieved; most importantly thermal load matching has to be addressed between the thermal resistance of the implant and the thermal properties of the surrounding body tissue. This ensures optimum thermal boundary conditions for the implant. Secondly, the TEG design – especially its electrical resistance - has to consider the input impedance of attached circuitry. Therefore, a finite element (FE) model integrating the TEG, housing and surrounding body tissue will be developed for design optimization in consideration of the thermoelectric effects such as the Peltier effect. The tissue model should consider bio-heat effects such as blood perfusion Qb and metabolic heat generation Qm. For an efficient simulation, Model Order Reduction (MOR) will be used to reduce the large-scale FE model. Furthermore, a novel assembly and fabrication approach will be developed for miniaturized TEGs. We envision the assembly of hundreds of individual thermoelectric elements each with sub-millimeter dimensions. Biocompatibility and applicability in magnetic resonance imaging will be considered throughout the project.